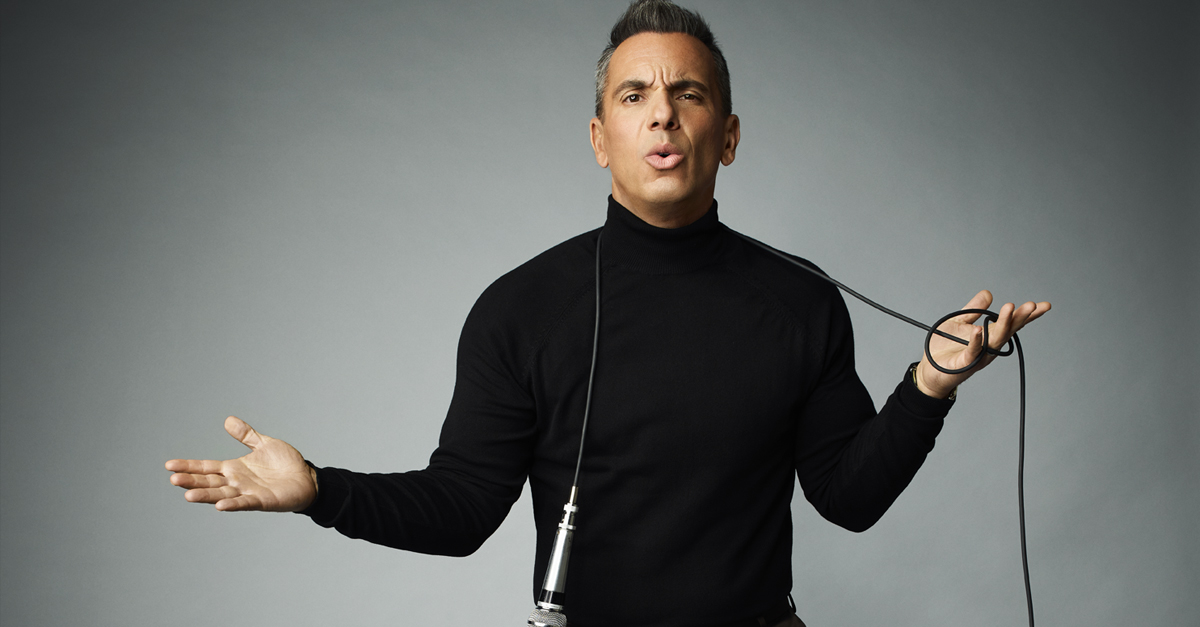 Nobody Does This Tour

Touted as “…the hottest comic in America,” by The New York Times, Sebastian Maniscalco, has celebrated heights only a few comedians ever achieve. A string of record-breaking, sold-out arena shows include a comedy record for Chicago’s United Center with 21,286, the highest gross for a single event at Boston’s TD garden and a historic four show run at Madison Square Garden breaking the record for most shows sold in a weekend for the venue. That blockbuster success coupled with Netflix original comedy specials and a starring role alongside Robert DeNiro, Al Pacino, and Joe Pesci in Martin Scorsese’s Oscar-nominated The Irishman, it’s no surprise that both Pollstar and Billboard have honored the standup with their top touring awards.

Now after over a year off the road, the man Vulture said, “built a tremendous fan base the old-fashioned way: one joke at a time, one audience at the time," is set to return to the stage with his new Nobody Does This Tour. And with so many new experiences to draw from this last year, Maniscalco is eager to bring his comedic perspective to the masses.

“I’ve been unable to share my comedy for over a year,” Maniscalco shares exclusively with Billboard. “I’m busting at the seams to get back out on the road and share my observations about life and family on this brand-new tour!”