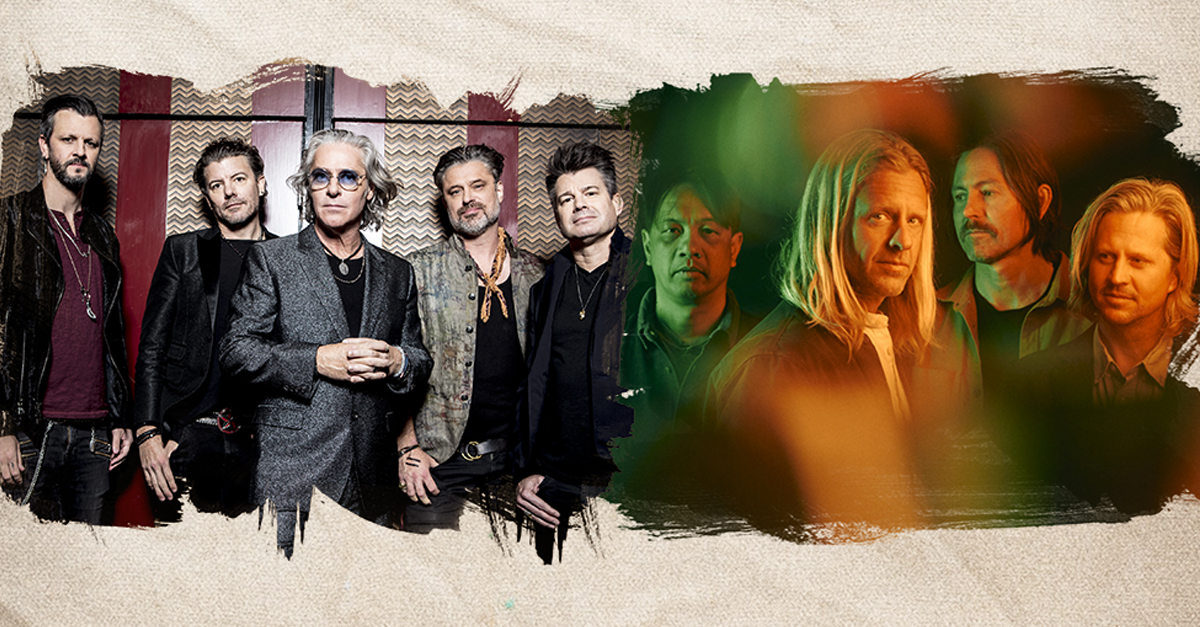 Multi-Platinum Atlanta rockers COLLECTIVE SOUL--Ed Roland (vocals/guitar), Dean Roland (rhythm guitar), Jesse Triplett (lead guitar/background vocals), Will Turpin (bass/background vocals), Johnny Rabb (drums/background vocals)--didn’t let the pandemic get in the way of their 26-year tradition of non-stop touring, and now they’re getting ready to head out on the road again. The band will join forces with Switchfoot--for the very first time—for a massive summer tour that takes over the historic Casino Ballroom on Sunday July 31st.

COLLECTIVE SOUL singer/guitarist Ed Roland can’t wait to get the tour started. “It’s always a thrill to go on tour, but this year is going to be so special because we get to be with not only our friends but a great band, Switchfoot! Southern boys meet Southern California boys, which will be a fun time for all!”

Switchfoot singer/guitarist Jon Foreman couldn’t agree more. “Been fans of COLLECTIVE SOUL and their songs from day one. Can’t believe it took this long for us to finally tour together. Psyched it’s finally happening!”

COLLECTIVE SOUL’s highly anticipated and critically acclaimed tenth studio album, BLOOD, was released June 21, 2019 on Fuzze-Flex Records/ADA.  It garnered impressive debuts on various Billboard’s charts, including #3 on the “Alternative Albums” chart. Elsewhere, it debuted at #4 on the “Independent Albums” chart, #5 on the “Rock Albums” chart, #12 on the “Digital Albums” chart, #15 on the “Top Current Albums” chart, and #19 on the “Internet Albums” chart. Last year, the band announced a visually powerful and socially purposeful collaboration with eco-lifestyle brand One Golden Thread through the launch of an exclusive limited edition lyrical “tree-shirt, created to express the golden thread that connects all our collective souls.” A portion of the t-shirt’s proceeds will benefit Alzheimer’s care, support, and research.

SWITCHFOOT-- Jon Foreman (vocals, guitar), Tim Foreman (bass), Jerome Fontamillas (keys, guitar) and Chad Butler (drums)--has sold almost 10 million copies worldwide of their twelve studio albums (including their 2003 double-platinum breakthrough THE BEAUTIFUL LETDOWN and 2009's Grammy Award-winning HELLO HURRICANE), racked up a string of Alternative radio hit singles, and performed sold-out tours with over 5 million concert tickets sold in over 40 countries around the world. SWITCHFOOT has raised over $2 million dollars to aid kids in their community through their BRO-AM Foundation. Through their unique blend of emotionally intelligent and uplifting brand of Alternative Rock, SWITCHFOOT has earned a devoted and loyal global fan base.