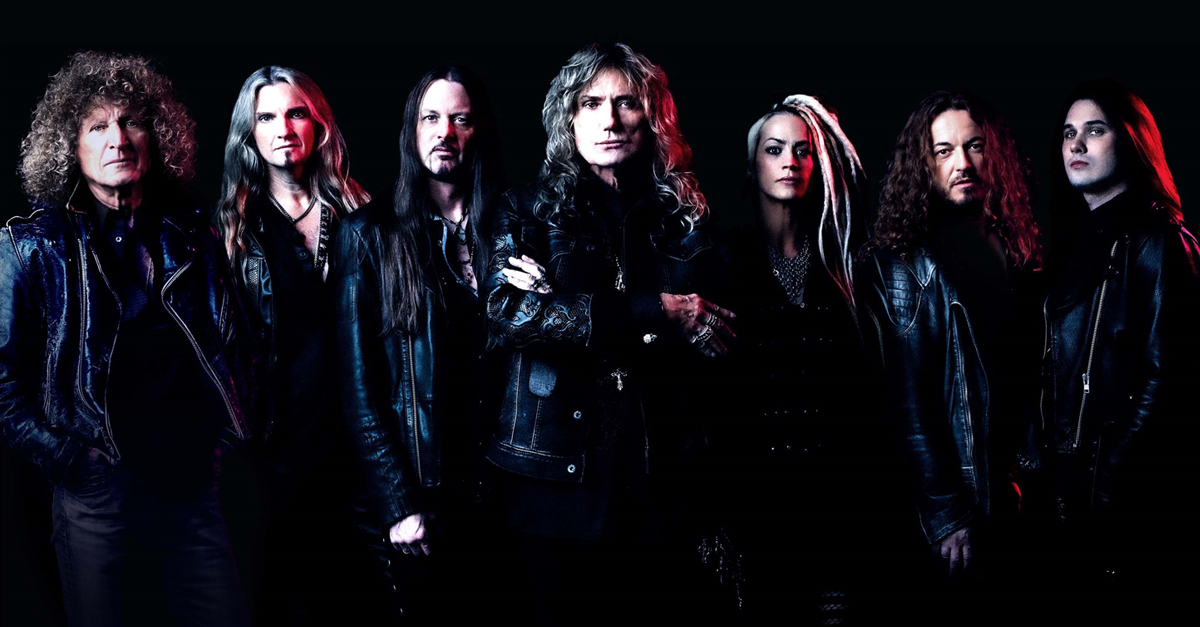 Mega platinum WHITESNAKE, the legendary rock ’n’ roll band founded and formed by DEEP PURPLE singer and Rock and Roll Hall Of Famer DAVID COVERDALE are proud to announce their Farewell World Tour.  Following the global success of the 2019 studio release "FLESH & BLOOD", WS have played 65 shows in 30 countries to over 750,000 fans.

The Farewell tour will feature songs from the bands 13 studio recordings including their biggest hits & songs from one of the greatest back catalogues in rock ‘n’ roll history spanning over 40 years, which will be featured on the forthcoming “GREATEST HITS,” which will be available on CD, 2LP vinyl and a special CD & Blu-ray set.

Founded in 1978 by former Deep Purple singer David Coverdale, the band have earned multi-platinum albums including ‘TROUBLE’, ‘LOVEHUNTER’, ‘READY AND WILLING’ and ‘COME AN’ GET IT’ through to the explosive hard rock of the revamped ‘SNAKE sound with the multi-platinum ‘SLIDE IT IN’ & having celebrated its 30th anniversary in 2017, 1987’s self-titled mega-million-selling smash-hit album, ‘WHITESNAKE’. From these albums came multiple top 10 hits worldwide, including 2 number 1 singles with “Here I Go Again” and “Is This Love” as well as the unforgettable hammer of “Still Of The Night” all leading to virtual 24-hour domination of MTV around the globe.

2020 saw the successful release of The Red, White & Blues Trilogy featuring Revisited, Remixed & Remastered versions of some of their biggest hits.

Bombast, bravado, talent and passion have helped establish Whitesnake as the perennial platinum favourite they have become and they’re back with a vengeance in 2022.

David Coverdale...Whitesnake Lead Singer "We are truly excited & looking forward to playing at “INSERT VENUE NAME & CITY HERE” in 2022 on what will the Farewell Tour celebrating the Whitesnake legacy that has conquered rock charts around the world for almost 50 years. I am absolutely delighted to welcome the extremely gifted Dino Jelusick to Whitesnake. We’ve had our eyes & ears on him since we played Zagreb together in 2019. You’re going to love him! Plus the beautiful and very gifted Tanya O’Callaghan will also be joining Whitesnake on bass guitar.

“I am so honoured & grateful to still be touring this planet for almost 50 years now. I have been celebrating & enjoying unforgettable moments with millions of people all of whom have joined & supported me on this amazing journey… I truly love the shared experience & simply love my job & always will... Almost 5 Decadent, Delicious Decades Of Reptilian FUN!!!  Thank YOU!!.