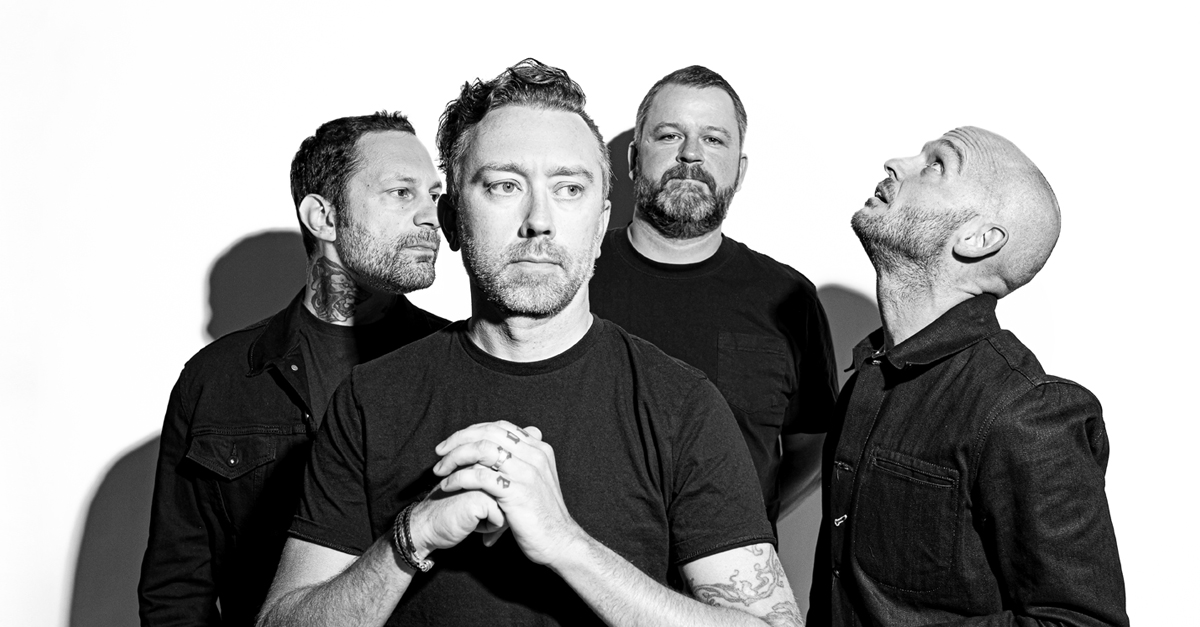 with The Used and Senses Fail

On their new album, Nowhere Generation, due out June 4 (Loma Vista Recordings), the multi-Gold and Platinum band RISE AGAINST draws a line in the sand with its blazing and aggressive punk rock and lyrics that shine a spotlight on the social and economical deck that has been stacked against our younger generations' pursuit of The American Dream.

"There's this idea that we all are raised on, believing that your generation will be a continuance of your parents' generation -- if not even a more fruitful era," said singer/guitarist/lyricist Tim McIlrath. "And it seems like the American Dream isn't turning out the way it's supposed to for a lot of people. Young people aren't quite climbing that ladder the way they were in the past. I feel for this generation and think it's something that should be recognized." Lyrically, much of the band's upcoming ninth studio album was inspired by listening to his young daughters and a community of fans, seeing firsthand the generation gap growing quicker than ever before while mired in chronic social, economic, and political instability. "Our hope on this record," continues McIlrath, "is to jostle people awake, even if it makes you uncomfortable."

The band -- McIlrath, Joe Principe (bass), Brandon Barnes (drums), and Zach Blair (lead guitar) -- sounds those alarms on Nowhere Generation's unabashedly outspoken songs that speak to a sea of disenchanted youth about both the struggles and the solutions, while sonically continuing to blur the lines between astute punk rock and melodic-driven pop. In addition to the communal call to arms embedded in the aggressive title track, there's the fast and furious anti-establishment manifesto "Broken Dreams, Inc.," the moody ballad "Forfeit," and the surprise pop candor in "Talking To Ourselves," a standout song about wanting to be heard and wondering if anyone is listening. "It describes a lot of what Rise Against does," says McIlrath, "to speak and scream when we feel there are things that are happening that aren't being addressed. And I think that's a lot of what our fans feel too -- the people in that front row all over the world want to be heard and listened to. I wanted to tap into that sentiment."

The album's stunning visuals also reinforce this sentiment, with a cohesive cross-campaign design created by Rolling Stone's 2009 Album Designer of the Year Brian Roettinger, a Grammy nominee for his unique designs for Jay-Z and Florence and the Machine and Grammy winner for his work on St. Vincent's campaign.

Nowhere Generation is Rise Against's first release under a new agreement with Loma Vista Recordings and comes three years after their 2017 blockbuster Wolves that became their fifth straight top ten record on the Billboard 200 albums chart. Nowhere Generation was recorded at The Blasting Room in Fort Collins, Colorado under the tutelage of Jason Livermore, Andrew Berlin, Chris Beeble, and long-time producer/engineer Bill Stevenson (Black Flag, The Descendents), who has worked with the band on nearly all of their acclaimed releases since their sophomore effort, 2003's Revolutions Per Minute. Often described as Rise Against's fifth member, Stevenson "is our not-so-secret weapon at this point," says Principe. "Bill really has shaped the band. He always gets what we want to do and will go with us when we think outside the box, and he's the perfect producer for the style of music we play because he has an insane pop sensibility and the hardcore side to him as well."

The band was admittedly intimated to work with Stevenson at first, having grown up during the '80s Reaganomics era worshipping albums like Black Flag's My War alongside classics from Minor Threat, Fugazi, 7 Seconds, Bad Brains, and The Clash. "It's almost hard to acknowledge that there's someone out there that feels that what Fugazi was to me, Rise Against is to them," says McIlrath. "But when I think about it through that filter, I feel there's a responsibility of what we are doing. There's somebody out there really counting on us to put how to feel into perspective. We are speaking the same language and have to be there for them. That's what music is now more than ever, this great communicator."

"When we first started Rise Against, we just wanted to be a dirty punk band, write some songs, play a bowling alley, and see how many mosh pits we could get going," McIlrath jokes. "We did not anticipate it to snowball or that there was this audience for what we were doing. But we've come to realize people want honesty and that music can be a catalyst for change. I think in many ways, we've been on a mission to rile people up, and I feel very lucky to be able to do that. Every single song that comes and materializes, I feel lucky that those antennae are still up and getting a signal."

After putting out their 2001 debut, The Unraveling, which Exclaim! hailed as "hardcore salvation," Rise Against would find further success with 2006's The Sufferer & The Witness that drew in an international crowd for the first time, and 2008's Appeal To Reason that brandished the Gold Certified hit single "Savior" that to date has garnered half-a-billion streams and become one of the band's six top ten singles on Billboard's Hot 100 chart. Future albums have touched on issues of LGBTQ rights, animal rights, voting rights, environmental causes, and modern warfare, leading UK rock bible NME to herald Rise Against as "maybe the most important punk band on the planet." Perhaps most important for the way in which they wholeheartedly engage with fans, whether in an explosive live show setting or on record.

"I would just hope that fans pick up on the fact that we are in this together, and if you are down in your life, you are not alone and there are people out there that are like-minded and there to help," says Principe on the feeling he hopes listeners ultimately get from listening to Nowhere Generation. "It doesn't all have to be shit; you can inspire change in your own personal life if you stand up and speak up."