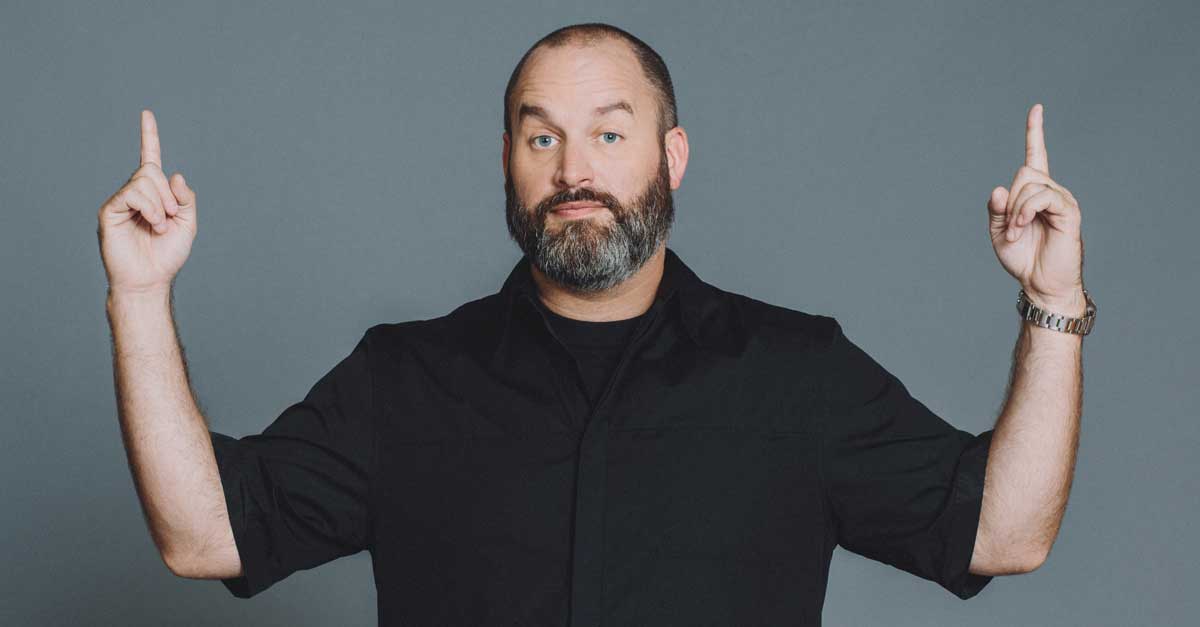 Tom also regularly appears on XM radio comedy channels and fan favorites such as Bennington Show. Segura has been a regular guest on some of the most downloaded podcasts in the world of comedy such as The Joe Rogan Experience and WTF with Marc Maronamong others.

Additionally, his noted podcast, Your Mom’s House, which he co-hosts with his wife, comedian Christina Pazsitzky, was a finalist for Best Comedy Podcast at the Stitcher Awards and profiled by VICE.Tom recently released his third hour-long stand up album, which sat atop the iTunes and Billboard Comedy charts for consecutive weeks. Tom’s first two albums Thrilled and White Girls with Cornrows also debuted at number 1 and continue to play heavily on satellite radio and streaming music platforms. When Tom isn’t performing on stage or recording a podcast he’s watching College Football or waiting for College Football to come back.