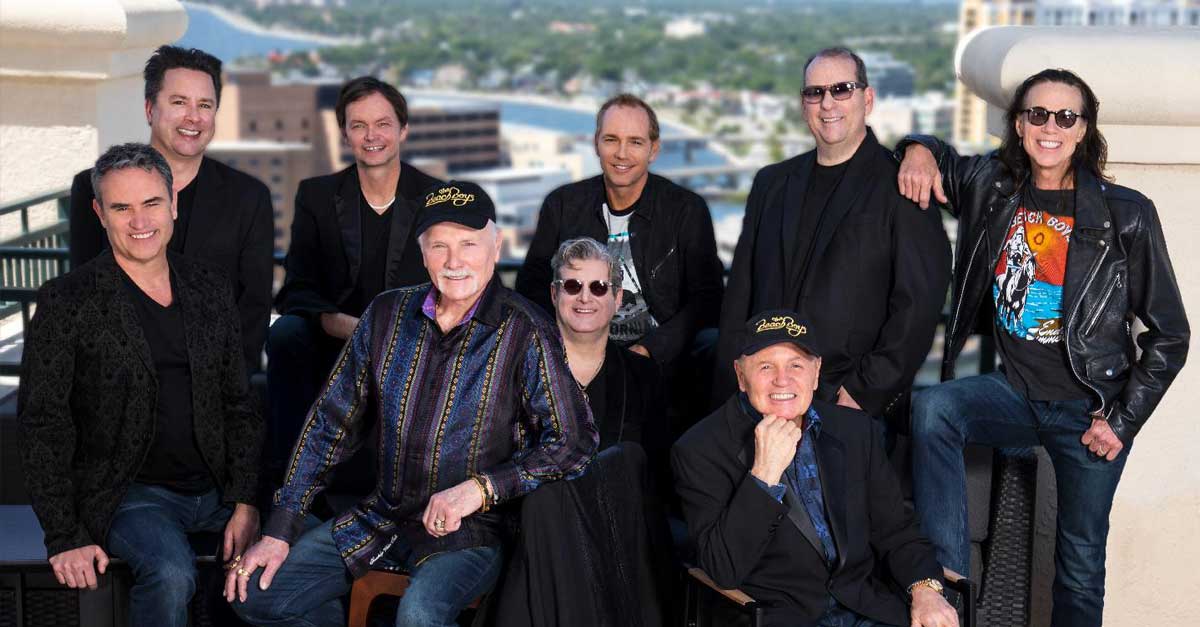 You can capsulize most pop music acts by reciting how many hits they’ve had and how many millions of albums they’ve sold. But these conventional measurements fall short when you’re assessing the impact of The Beach Boys. This band has birthed a torrent of hit singles and sold albums by the tens of millions. But its greater significance lies in the fact that The Beach Boys’ songs have forever changed the musical landscape, profoundly influencing countless performing artists to follow.

The Beach Boys are led by Mike Love and Bruce Johnston, who, along with Jeffrey Foskett, Tim Bonhomme, John Cowsill, Keith Hubacher, Christian Love and Scott Totten continue the legacy of the iconic American band.  Grammy-winning songwriter Bruce Johnston joined The Beach Boys in 1965, replacing Glenn Campbell, who filled-in for Brian Wilson, on vocals/bass, when he retired from touring. Highly regarded in his field, Johnston’s vocal work with such legendary artists as Elton John and Pink Floyd firmly established him among rock’s elite artists.

The Beach Boys have continued to create and perform with the same bold imagination and style that marked their explosive debut over 50 years ago. In 2013, their Capitol Records release, Sounds of Summer (RIAA certified triple platinum with over three million in sales and climbing), and its companion The Warmth of the Sun marked a resurgence in Beach Boys interest that again rocked the world.