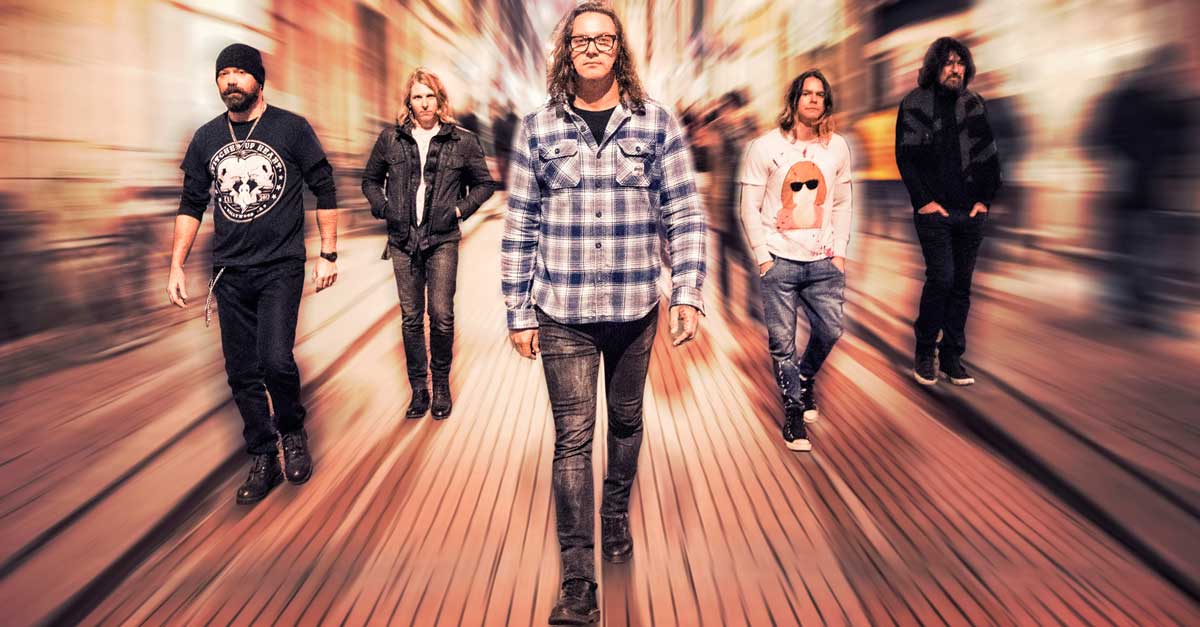 Currently celebrating their 25th anniversary, multi-platinum rock band Candlebox has not only withstood the test of time but, more importantly, they’ve withstood trends, trials and tribulations and come out stronger for it. Because for this hard-working band out of Seattle, the goal has always been the same – to create iconic music that would last a lifetime.

Taking their name after a Midnight Oil song, Candlebox burst onto the scene in 1991 with their debut, self-titled album that went on to sell more than four million copies, was certified four times platinum, and landed them in the number 7 spot on the Billboard Charts.

Their follow up album Lucy was also well received earning them a platinum certification and solidifying them as a tour de force in the thriving 90s music scene. The band would then go on to release Happy Pills in 1998, which would be their last album before their eventual hiatus in 2000.

The driving force behind Candlebox’s success has been their explosive live show and throughout their career, they’ve toured with such bands as Living Colour, The Flaming Lips, Our Lady Peace, Rush, Henry Rollins, Metallica and more. They were also a featured band on the main-stage at Woodstock 94 and made repeat live performances on the David Letterman show.

They are best known for the singles "Change", "You", "Far Behind" and "Simple Lessons". "Far Behind" from their debut album entered Billboards Top 20 in July of 1993 and didn drop off the charts until January of 1994. The videos for "Far Behind" and "You" were in seemingly perpetual rotation on MTV and became two of the most requested videos of 1993.

The band took a break from 2000 to 2006 and in 2008 the band reformed and released their fourth studio album called "Into The Sun". This meant their return since 1998s Happy Pills. Also, they released a live album called Alive in Seattle, which included tracks from all their past albums.

Candlebox then spent years touring and released their sixth album Disappearing in Airports, which debuted at #9 on the Billboard Charts and spurred many tours including a successful European tour. In January of 2018, the group kicked off their much-publicized “25 Years Of Rock & Still Rolling Tour” and announced two exclusive Seattle shows with all four original members, which sold out in minutes.