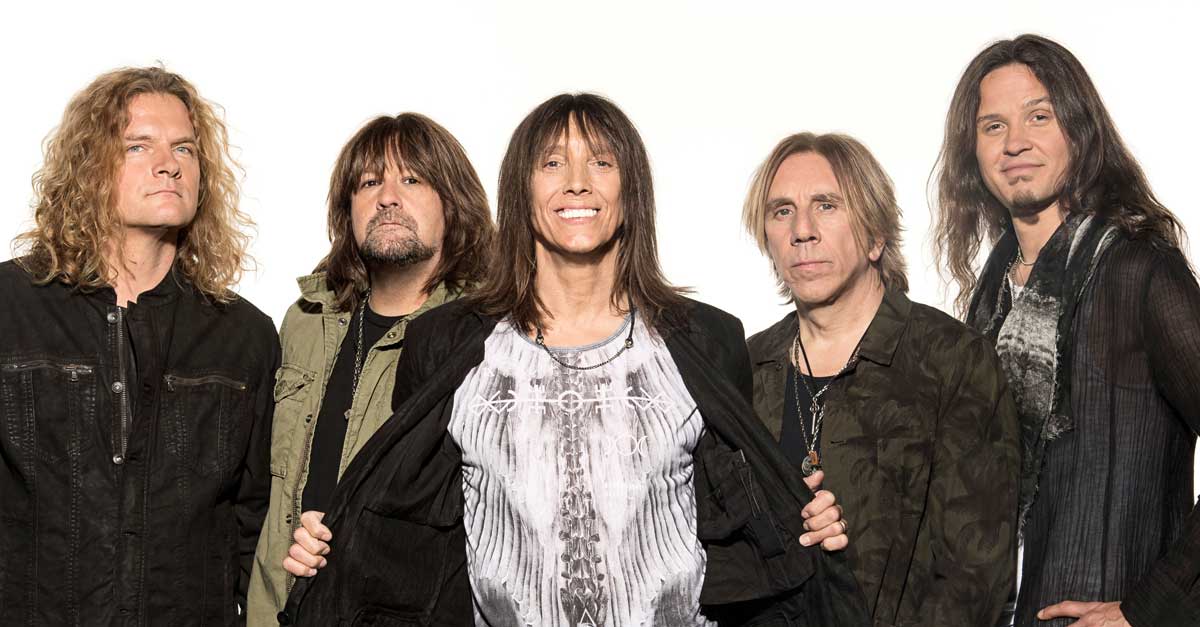 with Bad Marriage and Voices of Extreme

That they are still roaring and soaring should be no surprise. That’s just how they are built. TESLA may have been born in the mid 80s eruption of leather, spandex and big hair, but this band has never about those things. Hardly. Their bluesy, soulful sound is strongly embedded in the roots of organic, authentic 1970s rock and roll. The same roots that produced bands like the Allman Brothers, Grand Funk Railroad, AC/DC, Lynyrd Skynyrd and Aerosmith. The ground started shaking up in Sacramento, CA, in 1984; gold country that would soon be producing some platinum. They started out as City Kidd, until someone suggested they change their name in honor of eccentric inventor Nikola TESLA, who pioneered all things electrical – and who, like any revolutionary rock and roll band, made magic working with the basic forces of nature.

A blizzard of industry showcase gigs and TESLA quickly scored a deal with Geffen. Their 1986 debut album, Mechanical Resonance, would eventually go platinum, nestled comfortably in the Top 40, and produced the iconic hard rock hits, “Modern Day Cowboy” and “Little Suzi.” Today, Mechanical Resonance lives on as one of the most successful and acclaimed debuts of the era.  But it was the follow up that truly pushed things over the edge and started to solidify the legacy of the band.  1989’s The Great Radio Controversy brought in many new legions of fans, thanks to a potent onetwo sonic punch. The first single, “Heaven’s Trail (No Way Out),” scored huge with hard rock audiences, while the poignant ballad, “Love Song,” provided a softer counterpoint. This helped push the album into the Top 20 and double-platinum sales figures. All of a sudden, TESLA, who cut their teeth opening some of the biggest tours of the 80s from Def Leppard to David Lee Roth, had earned full headlining status, and the brakes were off.

In 1990 TESLA helped reshape the face of modern hard rock music by stripping down to the Five Man Acoustical Jam, a loose, informal collection of their biggest hits peppered with rock and roll classics by the Beatles, Stones and others. Not only did the format reveal just how sturdy and rock solid the band’s catalog was, it also inspired every major band after them to perform similar acoustic, storytelling shows, going back to the basics. TESLA’s daring experiment also produced their biggest hit single, a cover of the Five Man Electrical Band’s “Signs.” Another platinum album, Psychotic Supper, was released in 1991 and as the early 90s gave way to Seattle’s grunge wave, TESLA, unlike many other bands of their era, managed to keep pushing forward thanks to loyal fans and their ever-present unpretentious approach to craft. After a worldwide arena tour as headliners they released Bust a Nut in 1994, and then, internal band conflicts shut everything until 2000. After a four year break they exploded back onto the scene with a sold out hometown show at the Arco Arena in Sacramento. TESLA was back, but on their own terms. They started their own label and released their own music. The fans had never gone away and TESLA was still selling hundreds of thousands of albums, only now they were in full command of their own destiny, in all its rugged, ragged glory. For the last 18 years they have continued to release new original music, live sets and more. They are as productive as they have ever been.

TESLA has endured many of the same taste-changing challenges that affected many in the postgrunge world, but through it all, their blue collar work ethic and dedication to the faithful fan base has helped them not just survive, but thrive. “That’s TESLA? I know that song. I love that song.” You hear it every day. Younger audiences follow the band because they know the music is real. Older audiences love that a band styled on the classic 1970s model can still kick ass all over the world. TESLA is a band for the ages. All ages. That’s because they were never a flavor of the month. TESLA’s legacy is alive and well as they continue to record and sellout venues all over the world. As worn in and comfortable as your favorite pair of jeans, as tough and dependable as your coolest leather jacket, TESLA endures because they are a celebration of the greatest spirits of rock and roll.