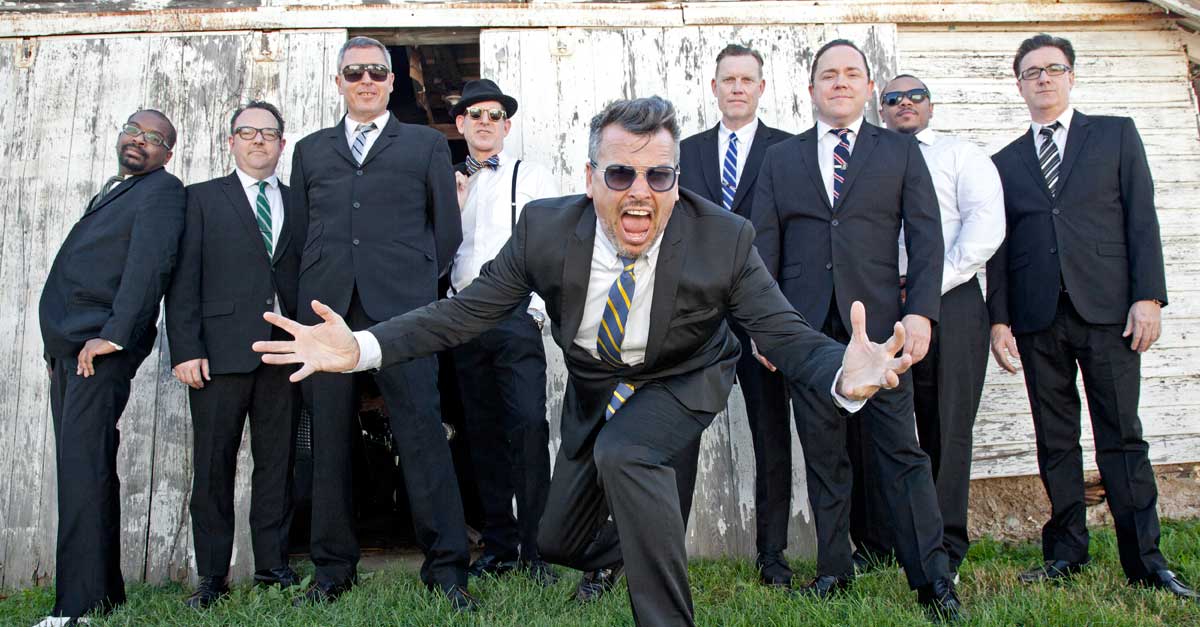 with Bedouin Soundclash and Sweet Babylon

The Mighty Mighty BossToneS became the ambassadors of the '90s ska explosion by foring new territory and being on eof the ifrst, if not the first, to cross high-energy ska with hardcore punk.  With a career that spans 30 years, Boston's best-dressed band has built and continue to build a devoted folloiwng with their unique, brass-infused brand of punk rock.

They were fresh out of high school when they recorded their debut album, Devils Night Out, which was released in 1990 on Taang! Records. The follow-up was 1992's More Noise and Other Disturbances, as well as the release of the Where'd You Go EP. The band started to make a lot of noise which garnered major label attention and in 1993, the BossToneS signed a major-label deal with Mercury Records and released Don't Know How to Party, and 1994 saw the band paying homage to their hardcore roots with a mini-album titled, Ska-Core, the Devil and More, as well as the full-length Question the Answers. A year later, the Boston boys appeared in the film Clueless, which has since become a cult classic, performing "Where'd You Go," and "Someday I Suppose," two of their most popular songs to date; they also landed a main-stage slot on that summer's Lollapalooza tour.

In 1997, Let's Face It become the band's biggest-selling album to date; certified platinum, buoyed by the success of the anthemic "The Impression That I Get." Live from the Middle East followed in 1998 and Pay Attention, was released in the spring of 2000 and produced another modern rock hit in "So Sad to Say." A Jackknife to a Swan appeared two years later, as did a headlining stint on The Vans Warped Tour.

In 2003, with individual members already involved in other projects and the band essentially having toured nonstop since 1991, they announced they were going on hiatus. During this time, frontman Barrett became a staple as the announcer on ABC's late-night talk show Jimmy Kimmel Live.

The band returned in 2007 by performing several live shows and released Medium Rare. The new material marked the end of the Mighty Mighty BossToneS hiatus, and in 2008 they released, Pin Points and Gin Joints, they continued to tour and in 2011 they brought us The Magic of Youth, on their very own Big Rig Records.

The Mighty Mighty BossToneS have stuck more pins in the map and racked up more tour miles than they can probably remember. Over the years they've earned the reputation as one of the hardest touring bands in rock. In December of 2016 they released a limited edition 7', their version of the song "What the World Needs Now Is Love" (produced by Lawrence Katz and the BossToneS and mixed by Paul Kolderie) featuring an unreleased original BossToneS song "I Won't Go Out Like That" as the B-side. 2017 saw the band headline Riot Fest and play the 20th Anniversary of their highly successful and long-standing holiday party, The HomeTown ThrowDown and Boston Mayor Marty Walsh presented the BossToneS with a proclamation declaring December 28th Mighty Mighty BossToneS day in the city of Boston.

In June of 2018 the band released a new studio album titled "While We're at It," which has been met with praise.

"Classic Bosstones: a rush of big-hearted brass and frantic guitars inviting you to dance your face off while contemplating larger issues." -- Billboard