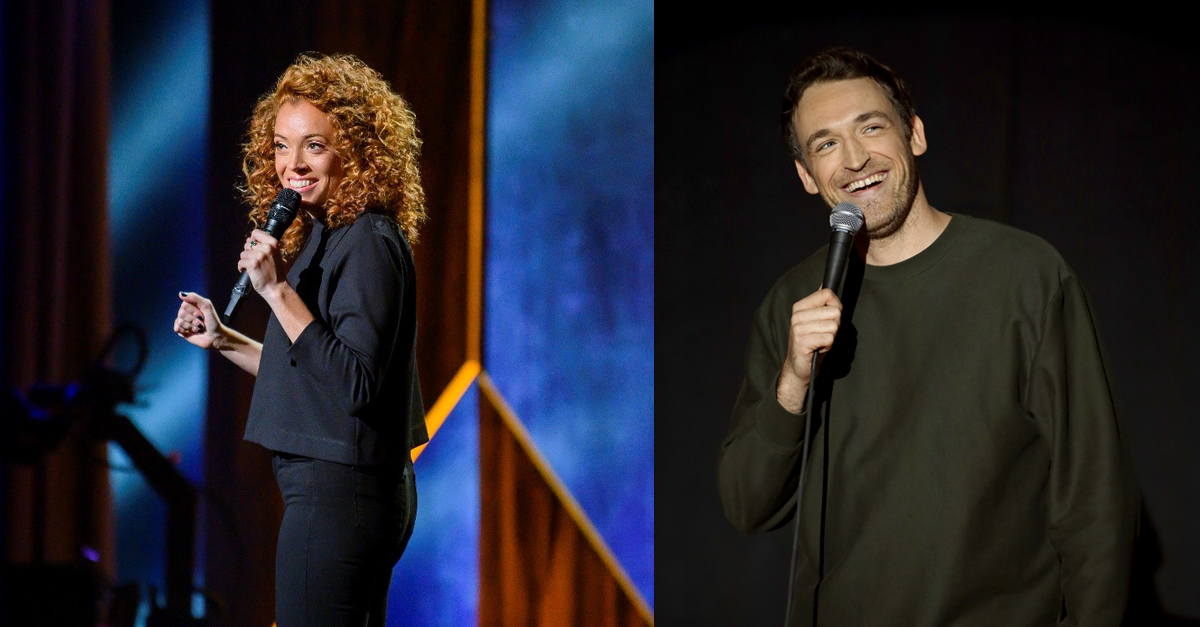 Due to the need to prioritize public safety the "Michelle Wolf and Dan Soder" show on July 25th has been canclled.  Refunds will be automatically applied to the credit card used to purchase.  For any further ticket inquiries please reach out to point of purchase.

On the heels of her newly released Netflix special, MICHELLE WOLF: JOKE SHOW, Wolf is hitting the road with all new material. Watch her work it out in intimate venues while you still can. Come laugh, be offended, be part of the process, be whatever you want to be… It will be fun!

Wolf has quickly become one of the most influential voices in the comedy landscape with the Village Voice calling her “the voice comedy needs right now” and The Daily Beast declaring, “Michelle Wolf is the future of stand-up comedy.” In 2017 Wolf debuted her first hour-long stand-up special, “Michelle Wolf: Nice Lady”, on HBO for which she received rave reviews and a Primetime Emmy nomination for Outstanding Writing For A Variety Special.

Wolf recently served as the executive producer, writer, and host of the critically-acclaimed variety sketch series “The Break with Michelle Wolf” on Netflix. In 2018, she made international headlines as the much buzzed-about headliner of the 2018 White House Correspondents Dinner. Wolf’s other television credits include being an on-air contributor and writer for “The Daily Show with Trevor Noah” and a writing supervisor and performer on “Late Night with Seth Meyers.”

Dan Soder is a New York City based comedian and actor who’s best known as ‘Mafee’ on the hit series Billions on Showtime.  Dan’s first HBO comedy special, Son of a Gary, premiered in December 2019 and is streaming now.  His previous special, The Standups premiered on Netflix in 2017 and his first hour-long stand-up special, Not Special, premiered on Comedy Central in 2016.  Other credits include: Comedy Central’s Half Hour, Conan, Inside Amy Schumer, and @midnight.  Dan also hosts Sirius XM’s The Bonfire with Big Jay Oakerson, every Monday through Thursday at 6PM ET on Comedy Central Radio.