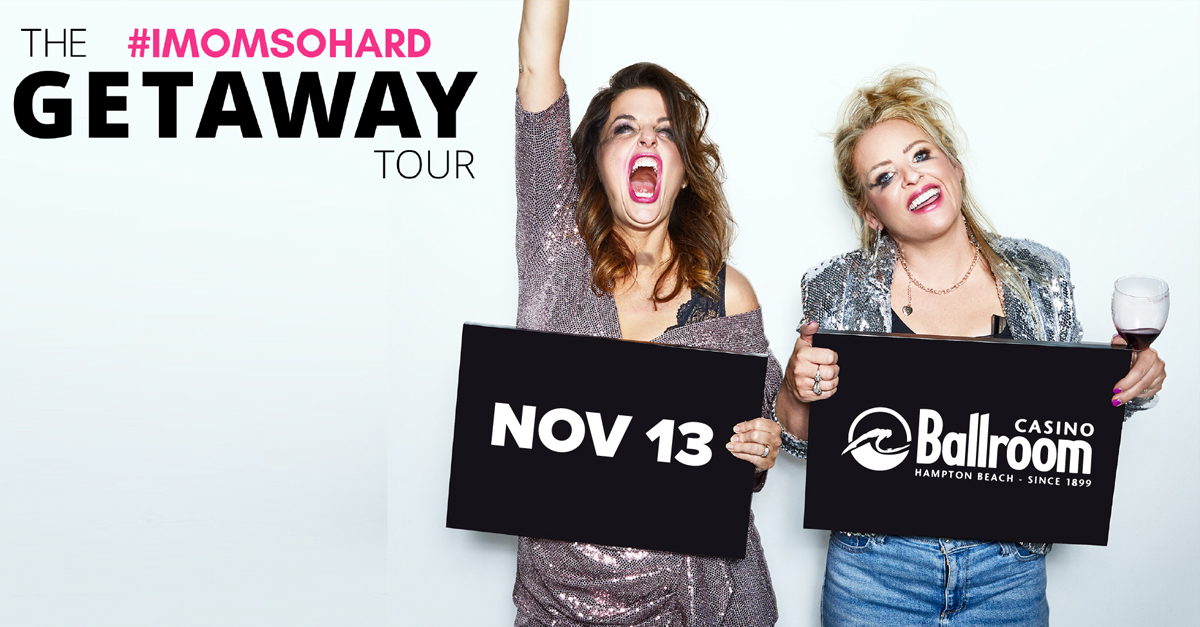 #IMOMSOHARD began as a popular web-series by real-life best friends, comedians, and moms Kristin and Jen. One night, over a glass of wine and many tears of frustration, these two friends decided to tell a different kind of story. With a camera, two husbands, a babysitter, and bottomless mimosas, Kristin and Jen decided to speak openly about their fears and failures and prove that the only way to survive motherhood is through laughter and friendship. Good thing because, while shooting the first video for the series, Jen forgot her newborn daughter’s name. The video was a smash hit, sparking an online community of 2 million of the most engaged followers that social media has ever seen, confirmation that moms and women everywhere needed to laugh and to be heard. Kristin and Jen followed up with weekly videos about all things woman and mother: hemorrhoids, nipple hair, sex after marriage, mom bods, spanks, wedding dresses, and swimsuits. (Yes, they wore them on camera). Both women write and produce the #IMSH series with a common goal: Maybe we can make you feel better about the job you’re doing if you see the terrible job we’re doing. The videos have received nearly 300 million views worldwide in just 5 years. The phenomenon that Kristin and Jen created has since been nabbed for development by Warner Brothers TV. The comedians have sold-out two national tours, written a New York Times Best Selling book, landed branded deals with Fortune 100 companies such as Wal-Mart and Uni-Lever, and taped a standup comedy special for Amazon Prime Video, launching the network’s first standup comedy platform. They have recently premiered their weekly podcast and a children’s book series with Harper Collins. Kristin Hensley and Jen Smedley are both based in Los Angeles and can often be found selling pizza slices for the PTA or working as parking enforcement at school drop off.