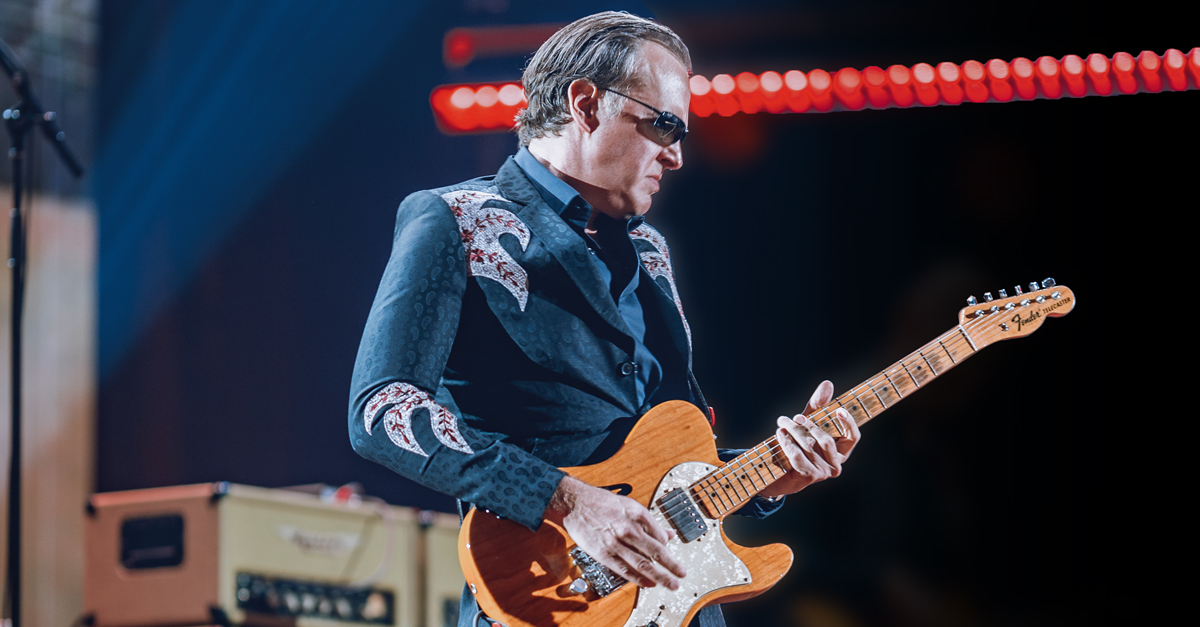 Blues-rock superstar Joe Bonamassa is one of the most celebrated performing musicians of today. As a three-time GRAMMY-nominated artist who recently achieved his 25th No. 1 album on the Billboard Blues Chart, with the studio album Time Clocks, Joe is only in his early 40s and he’s already become a living legend with an astounding multi-genre catalogue of music. Collectively, Bonamassa has over 40 albums to date with studio and live recordings, collaborative albums with blues sensation Beth Hart and the adventurous side projects Black Country Communion and Rock Candy Funk Party. A prolific writer who is always on the hunt to expand his eclectic musical horizons, Bonamassa has a limitless work ethic whether it’s in a studio, on the road, or working with other artists to spur new music. He’s been featured in several publications from Esquire, WSJ and Parade to Rolling Stone and American Songwriter, as well as on the covers of Guitar World, Guitar Player, Vintage Guitar, Acoustic Guitar, and Classic Rock Magazine.

The New York state native opened for B.B. King when he was only 12 years old and has since played alongside such artists as Eric Clapton, Stephen Stills, John Lee Hooker, Warren Haynes, Steve Winwood, Peter Frampton and Buddy Guy, among others. Building on their 30-year partnership, Bonamassa and his manager, Roy Weisman, created their own record label, management, marketing and concert promotion company called J&R Adventures two decades ago. Together, the two mavericks devised a 360-degree independent business model that has survived and thrived during one of the music industry’s most uncertain eras.

Cited by Guitar World as “arguably the world’s biggest blues guitarist,” Bonamassa is known for taking risks and venturing into uncharted territory throughout his wide-ranging career but now he has found a new way to surprise his fans and music lovers. His latest studio album Time Clocks was released in 2022, marking his most raw, rocking album yet, featuring his unmatched vocals and playing skills. The album rediscovers Joe at a newfound peak with heartfelt songwriting and an unparalleled Blues Rock prowess.

Joe also runs a non-profit organization called Keeping the Blues Alive Foundation, whose mission is to promote and sustain music education and blues music by funding scholarships and providing music education resources to schools in need. To date, the non-profit has funded schools and teachers with over $1 Million and has positively impacted 70,000 students across the country.

Since COVID-19 has changed the ways of the world, Bonamassa has been working hard to raise money for musicians affected by the crisis, by creating the Fueling Musicians program. The initiative is an emergency relief plan designed to support musicians by providing immediate cash payments for essential living expenses of $1,500 to help them stay afloat and get back on the road again when it is safe. To date, they’ve raised over $475,000 and distributed money to over 300 artists.