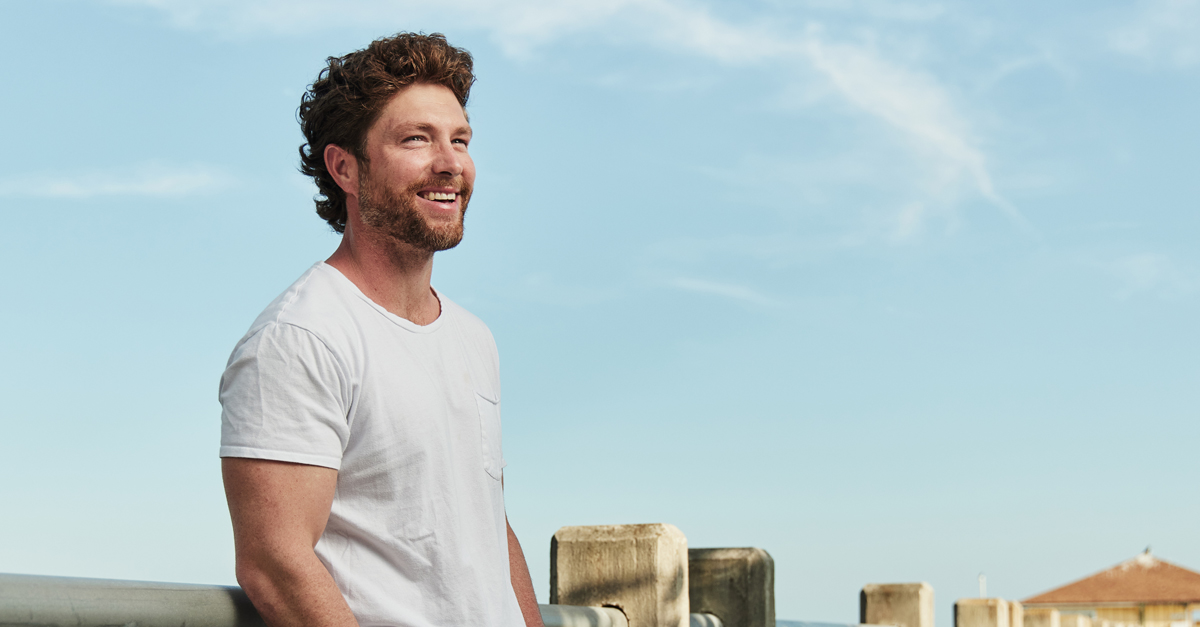 Times change. And when they do, Country artists like Chris Lane don’t stay static – they change with them, always growing into something more complete. After breaking out with a suave romantic flair and a knack for live shows as cool and refreshing as a Carolina sunrise, that’s exactly what Lane is doing now – growing into a new season of life.

Stepping up with a fresh artistic vision, the hitmaker has found his long sought-after sweet spot.

“Laps Around the Sun was a step in the right direction,” Lane says, referring to his 2018 sophomore album. “Now I feel like third time around – well, they say the third time is the charm.” Lane’s next chapter is here, and it began with an epiphany – scoring his first co-written Number One on the Platinum-certified “Big, Big Plans.” Tender and gentle, but also flashing a brilliant spark of life, it showcased Lane’s love for his then-girlfriend (and now-wife) Lauren, laying out his honorable intentions for all to see. The track has now garnered more than 200 Million on demand streams, and was even used in a video that captured the endearing moment of his marriage proposal, viewed more than 20 Million times on YouTube. And since then, its selfstyled mix of sincere emotion and organic Country have powered an evolution.

Following the beat of his heart, Lane took full advantage of a year off the stage, writing more frequently and effectively than ever.

“In early parts of my career, I only wrote here and there, just because I was always on the road,” Lane admits. “But having ‘Big, Big Plans’ go Number One – as a songwriter it’s given me a new level of confidence that I’ve never had before. I feel like I can finally say ‘Alright, I can do this.’” Actually, he had plenty of reasons for confidence before. In 2015, Lane notched a debut Number One with the sky-scraping romantic stunner, “Fix,” then followed up with groove-oriented hits like the Platinum “For Her,” 2X-Platinum “Take Back Home Girl (featuring Tori Kelley), and 2XPlatinum Number One “I Don’t Know About You.” He was on the right track. But writing for himself opened a new door of authenticity – perfectly timed with some “big, big” personal growth.  “I met somebody and settled down, got married and now we’ve welcomed our first child. And I’ll be completely honest – it’s changed me for the better,” Lane admits. “Plus, I feel like I’ve found my voice in the midst of that. I’ve learned what I like to sound like, what I don’t like to sound like. And when I go in the studio with Joey [Moi] now, I just know exactly what I want.”

What that means for fans is a return to Lane’s North-Carolina roots, with an irresistible pulse added in. Craving the high energy of “Fix” and the organic vibes of his old barstool-and-sixstring style, there’s a renewed emphasis on guitar and a new sense of soulful maturity, as Lane captures his 30A-meets-Carolina essence.

“I think I sound the best on this new music,” he says. “This is what I was doing when I was in North Carolina and was writing my own songs.”

Feeling unchained like never before, Lane is also breaking the old school album-release model.  His new music will come out one track at a time – ensuring each song has its moment – and first up was the flirtatious instant-favorite and lead single, “Fill Them Boots.” Up-tempo and charged with romantic energy, it feels like a spiritual descendant of “Fix” – but just like “Big, Big Plans,” sports a pure-Country foundation and a good-guy charm, revealing another part of his story with Lauren.

“This was our story,” Lane says. “I wrote it about how we met, and an ex-boyfriend of hers is the guy in the song. We laugh about it all the time, because it’s truly our story to a ‘T.’ And look at us now!” More new and deeply-personal tracks are out now, including the feel-good nostalgic sunshine of “Summer Job Money” – an up-tempo stadium-Country singalong with a smitten center.

Meanwhile, soul-on-his-sleeve ballads like “That’s What Mamas Are For” and “Ain’t Even Met You Yet” highlight the integrity and devotion of this newfound family man.

All told, they form the beginning of a whole new era in Lane’s career – one that mirrors the new era in his life. And although he knows the world will keep turning, and things will keep changing, they don’t call it a “sweet spot” for nothing.

“I’ve landed on exactly what I love the most,” he says, flashing a grin with that easy Southern charm. “My main hope is that people react and say ‘Alright, I get it now. I know who Chris Lane is.’”